Prenuptial Agreements and Cross-cultural Relationships between Australian and Taiwanese Nationals

In our modern world, it is common for foreign nationals to marry people from different countries. Such relationships occur regularly between Australian and Taiwanese nationals due mainly to the growing migration of Taiwanese people to Australia.

Although the parties to a cross-cultural marriage may keep the citizenship from their country of birth, their life in their adopted country will be governed by the laws of that land. Matters may become more complex when the couple have children or own joint assets in both countries and the relationship breaks down leading to divorce.

Prenuptial agreements are a form of binding financial agreement commonly agreed upon by parties prior to entering a marriage or a de facto relationship. A prenuptial agreement is not about setting up a relationship to fail; rather, it is about putting all the cards on the table and discussing issues that can actually strengthen the relationship and clarify many uncertainties. Financial agreements are especially useful and can be a necessity for certain situations such as: it may be a person’s second marriage and they have assets from their first marriage that they want to keep to pass onto their children from the first marriage; or it could be the situation of a de facto relationship and one party is moving into the other party’s property; or there may be a need to protect a future inheritance or the management of an existing family business; or where one party has much more property than the other when the relationship begins and the parties decide they want to avoid any hostility or uncertainty if the relationship does fail. Discussing these matters up front and establishing a binding financial agreement can prevent a lot of anxiety and keep the matter out of court if the relationship turns sour.

Providing the prenuptial agreement is expressed to be made under section 90B of the FLA and no other agreement is in force between the parties at the time of making the agreement, people who are contemplating entering into a marriage can make a financial agreement with respect to the following matters: how in the event of marriage breakdown, any or all of the property or financial resources of either or both partiesis to be dealt with; the financial maintenance of either party during the marriage and/or after the dissolution of the marriage; and any other incidental or ancillary matters relating to asset distribution.

The Family Court will always put the interests and welfare of the children ahead of those of either parent, so it is prudent for both parties of the marriage to realize the necessities of the children should always be made a priority when drafting their financial agreement. Section 61C of the FLA provides that until a child turns 18, each of the child’s parents has parental responsibility for the child. Parental responsibility means all the duties, powers and authority which by law parents have in relation to their children regardless of whether the parents separate or remarry. Parental responsibility is not displaced except by order of the Family Court or the provisions of a parenting plan made between the parties.

No maintenance provision in a financial agreement excludes or limits the power of the Family Court (section 90F of the FLA) to make a maintenance order if the court is satisfied that when the agreement came into effect, the circumstances were such that, taking into account the terms and effect of the agreement, the party would have been unable to support himself or herself without an income-tested pension, allowance or benefit. This means that the Family Court has ultimate power to dictate and enforce conditions which it sees as more equitable for the parties, especially so when the welfare of the children is at stake.

Section 90H of the FLA, states that a financial agreement survives the death of a party to the agreement which becomes binding upon the personal legal representative (executor) of that party. Thus, prenuptial agreements can protect a party’s personal assets for the benefit of their children and other heirs upon their death.

Acknowledging the reality that many people enter relationships without contemplating the need of a binding financial agreement, prenuptial agreements are somewhat rare. Nevertheless, binding financial agreements can be agreed upon by the parties at any time during the marriage or even after the marriage has broken down. The ability of the parties to reach agreement on the distribution of their marital assets in a mature civilized manner will save a lot of anxiety and legal fees. Should they not come to an agreement and end up fighting in court, it will impact considerably on the amount of money they waste paying lawyers to fight their battles for them. Hence, no matter what stage the relationship has reached, the important thing to consider is the Family Law Act provides a variety of solutions to settle marital disputes, the worst of which could impact severely on the financial security of both parties. Therefore, think clearly and avoid escalating the tension between the parties and reach an amicable agreement and avoid going to court as much as possible.

The other thing Australian Family Law promotes is collaborative law, which tries to get the disputing parties to reach agreement within a single law firm. It has proven to be a much more streamlined process and in most cases, eliminates escalating the conflict when two sets of lawyers become involved. 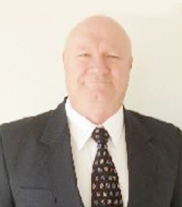 Dr. Andrew du Boulay is an Attorney / Legal Counsel at Brain Trust International Law Firm with offices in both Taiwan and Australia.

Disclaimer: While every effort has been made to ensure the accuracy of this publication, it is not intended to provide legal advice as individual situations will differ and should be discussed with an expert and/or lawyer